The YikYak App is Causing Drama in the Swimming Community

Apps have pros and cons. They can be used for good, or bad.
For instance, Snapchat could be a fun way to stay in touch with friends and family by sending awesome photos. Or it can be a way for people to send inappropriate content without being held accountable for it because it deletes so quickly.

Yik Yak and the swim community 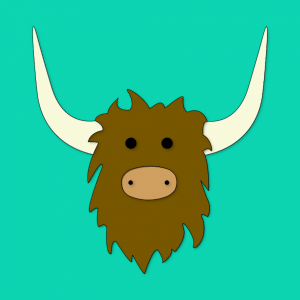 YikYak is the same way.
“Yik Yak is the popular social media app that allows users to post commentary also known as Yaks anonymously. The users GPS location is used to determine a radius and that the user can view, comment, and rate comments occurring locally in real time. It is a phone app that has spread quickly across college campuses and high schools.”
Of course, you could use the YikYak app to anonymously compliment and uplift others. It could be used as a “random acts of kindness” device.
But no… it’s definitely been taken the opposite direction. 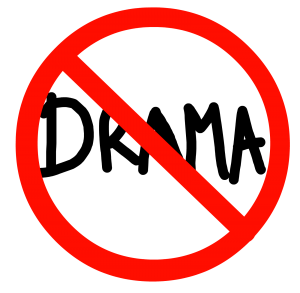 Apparently, this has been an issue at certain swim meets. People have been targeted and bullied. Many colleges have made restrictions to phone use at these meets but this didn’t seem to fix the problem.
The inappropriate “yaks” were rewarded with the apps equivalent to “liking” on facebook. They call it “up-voting.”
This has the potential to sour the culture of high school and collegiate swimming and turn it into something hostile and unwelcoming. Which would really be a shame.

On the Bright Side of Technology 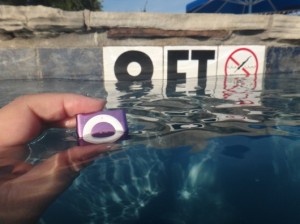 Now, let’s talk about a piece of technology that never hurt anyone and only made people super happy!
I’d like to introduce you to my favorite swim accessory: Underwater Audio’s Waterproof iPod Shuffle. Have you ever tried swimming to your favorite playlist?
It completely changes the game. Your swim will get a tune up and you’ll enjoy yourself more. If you have any comments or questions about it, feel free to message us in the comments section below.