Michael Phelps has taken many, many plunges during the course of his life and swimming career. 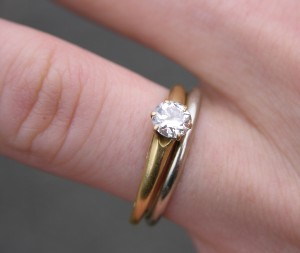 However, this is a whole new type of plunge. It has been reported all over the news. You may have already heard about it. But just in case you haven’t, here is the inside scoop:

HER NAME IS NICOLE JOHNSON
“Phelps, arguably the most famous swimmer to ever walk the planet, is the owner of 22 Olympic medals, 18 of which are gold. That makes him the record holder in each category.”
But this time, the gold isn’t going around his neck. It’s going around his left ring finger. 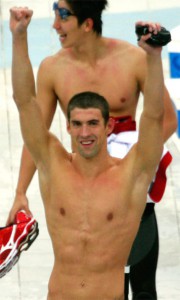 FORMER MISS CALIFORNIA
It looks like he decided to marry his on again/off again girlfriend. The two have reportedly been seeing each other for years.
His fiancé won Miss California back in 2010, so she has earned some medals and crowns of her own. She also finished in the top 10 at the Miss USA pageant.
There is a very happy photo circling the media of the happy couple in the snow. “Phelps tweeted early Sunday: ‘She said yes.’ He also posted a photo of the couple, hugging in the snow, taken by teammate Allison Schmitt.” 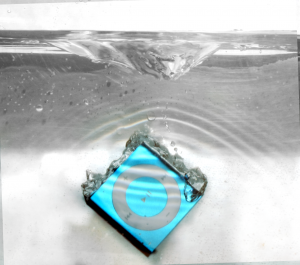 I know just what to give them for a wedding gift: An Underwater Audio Waterproof iPod Shuffle!
Because who would get more use out of listening to music in the pool than Michael Phelps? He probably swims more than anyone else in the world.
In all sincerity, we here at Underwater Audio are thrilled for this couple and offer them our deepest congratulations.

DO YOU KNOW ANY OTHER DETAILS?
If you have any more information on their upcoming marriage, let us know!
For instance, when is the date? Where will the ceremony be held? And where will they live? Let’s start a thread and talk about it in the comment section below: