I love audiobooks! One obvious reason is that I love normal books…
But what I don’t love about normal books is the scratchy, annoying uncomfortable feeling of having to hold a new book open while it desperately wants to bend close. And I don’t like having to find good lighting and a comfortable position for my body. 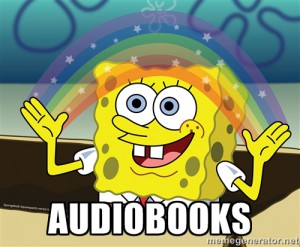 The solution: AUDIOBOOKS
Now, you can multitask and listen to books while driving or during your morning swim! So, here are two of the top trending audiobooks for October 2014: 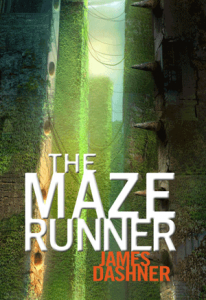 Written by James Dashner in 2009, this book is all the rage. The story is about a boy named Thomas who wakes up with all his memories erased.
He is welcomed to a new place called “the Glade.” Every person there arrived randomly with no memories, just like Thomas. The place where they live is surrounded by huge stone walls and everyday, a passageway opens in that stone wall.
The opening reveals an entrance to a huge maze that engulfs them. Then, at night, the door closes. Out of nowhere, a girl is delivered. She is the first girl ever sent there and she comes with a mysterious message!
This book sounds totally intriguing and suspenseful!! I can’t wait to download it and listen to it on my Underwater Audio iPod Shuffle while I swim laps in the pool. You can buy this audiobook on itunes.

All the Light We Cannot See: A Novel 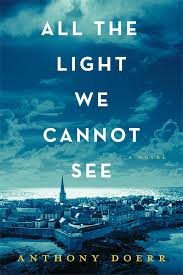 Written by Anthony Doerr in 2014, this book sounds really enticing. The story begins in Paris where a father lives with his little girl named Marie-Laure – coolest name ever!!
The father works at the Natural History Museum which is close by. At the age of six, the daughter goes blind so the father makes her a mini model of the city so that she can touch it and learn her way around.
How sweet is that? What a nice dad!
Meanwhile, in Germany, the story follows a little orphan boy named Werner. The boy grew up with his little sister and he becomes really good at building and fixing things. His talents are recognized and he is rewarded and recruited for the Hitler Youth academy.
Six years later, the Nazis invade the father and daughter’s town so they run away to live with a great-uncle by the sea. They secretly took an extremely valuable jewel from the museum along with them.
Scandalous!!
During this time, Werner travels all around throughout the war and finds himself in the same town by the sea.
The two stories run into each other here! This book sounds really intense. I think it would be perfect for keeping my mind occupied while trying to swim for an hour straight. You can buy this audiobook on itunes, too.