Snorkeling Made More Interesting With A Water iPod 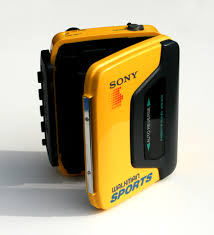 I don’t know about you, but I think everything is better with music!
Even things like being stuck on hold are better when they play that awesome elevator music. But for a long time I was limited on where I could listen to music. First, it was only in the house on vinyl.
Then later, tapes in my Walkman! Now, I can take my whole music library anywhere I want to! Even down into the ocean with me as I snorkel! I love swimming to a soundtrack because I always feel like I’m on the Discovery Channel.
So, if you’re like me and you want to snorkel with tunes, then I’ve got the perfect recommendations for you. 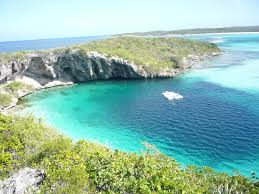 I’ve never been good with heights so snorkeling always seemed like a safer, calmer activity, than say, sky diving.
Or so I thought… Swimming over Dean’s Blue Hole in the Bahamas will leave you feeling like you’re floating in the sky. Thought to be one of the world’s deepest blue pools, it is a sight you should not miss!
So, being the science fiction nut that I am, I chose a soundtrack to play on my water iPod while snorkeling. It was the soundtrack from the movie, “THE ABYSS,” which I found quite fitting. It’s fantastic and adds a great back drop for this amazing tour of nature! 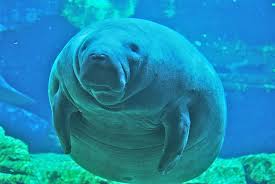 This should be at the top of everyone’s list of things to do: snorkeling with the gentle west Indian manatee.
If you swim slow and easy, these wonderful creatures will come and swim beside you and even play a little! But be kind and careful because there aren’t many manatees left in the wild.
The soundtrack of my Manatee encounter would have to be the opening music from the Disney movie, “Robin Hood.” That’s what I listened to on my water iPod for this adventure.
It is such a relaxed song that you can’t help but hum along while you swim. 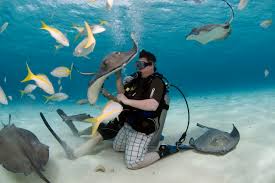 No snorkeling list is complete without the Grand Cayman Island!
And more importantly Stingray City! Huge flocks of sting rays swimming every which way as well as some amazing fish and scenery make this one happening metropolis!
Of course, my choice of soundtrack would have to be the theme from the 1978 “Superman” movie staring Christopher Reeve!
Can’t beat those trumpets! 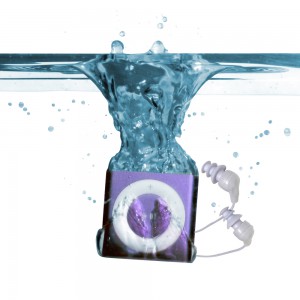 When you head out on your next adventure, don’t forget to bring your Waterproof iPod Shuffle from Underwater Audio!
Load it up with the soundtrack of your life and get out there and enjoy it!
If you have any comments please leave them below.
Until next time swim fast and rock out!