Can you even imagine a pool floating in the air?
Well, that is essentially what they are building in England. It’s a 90 foot long pool that acts as a pool bridge between two buildings in the Nine Elms District. How magnificent is that? It would be so surreal to be swimming so high in the air. As of now, they’ve dubbed it, “The Sky Pool”. It is unclear whether that is the official name or if it will be called something else later on. 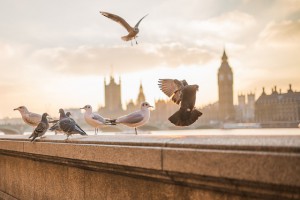 What Could Be Better?

What could be better than swimming in the sky AND listening to music underwater simultaneously?
I seriously can’t fathom anything better. Both concepts were previously thought to be impossible. And now look! It’s happening! We are truly living in the future.

Although this may be an architectural wonder and a stunningly awesome spectacle, not all are so excited about it. Some people may even believe that it will shove the division of wealth in other people’s face.
As was written in the Business Insider, The developers behind Nine Elms in London, anyway, must be pretty confident that the city’s residents are not this close to grabbing pitchforks and torches. Because the developers intend to dangle a potent symbol of inequality over all of London’s heads. 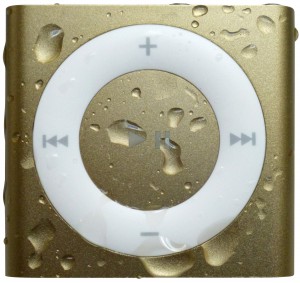 If you’d like to experience both phenomena, buy a ticket to England and an Underwater Audio Waterproof iPod Shuffle. It is an incredible device that allows you to listen to all your favorite songs while swimming laps leisurely in the pool.
My workouts have never been easier, more efficient or more fun ever since I purchased one.
Whether you make it to England or not, you should check out this product. It is life changing for a swimmer.
If you have any questions about this blog or our awesome product, please leave a comment in the section below.