Assuming you already have a much needed Underwater Audio Waterproof iPod, the only thing left to do is find something great to listen to while working out.
I personally like to buy audiobooks and then put them on my iPod while I swim. For November, there are a few books in particular that I would definitely recommend: 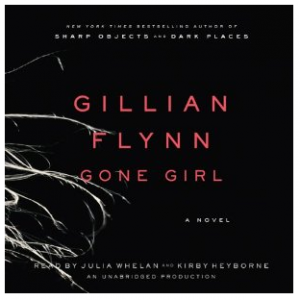 This story is suspenseful and curious with many twists and turns.
It’s the perfect audiobook for listening to while doing sports or any form of exercise. You will be so sucked in, that the time flies by! Before you know it, you’ll have had a full workout.
The story takes place on the five year wedding anniversary of Nick and Amy. They live in a large home on the Mississippi River in North Carthage, Missouri.
As they make preparations to celebrate, Amy suddenly disappears. The emergence of Amy’s journal reveals some intriguing details that cause much speculation. Everyone in town wonders if she was murdered and whether or not her husband is to blame.
“Under mounting pressure from the police and the media – as well as Amy’s fiercely doting parents – the town golden boy parades an endless series of lies, deceits, and inappropriate behavior. Nick is oddly evasive, and he’s definitely bitter – but is he really a killer?” 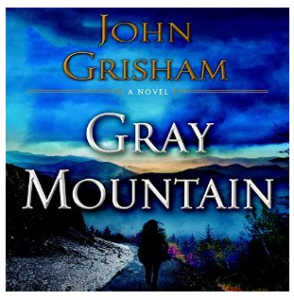 The story focuses on a woman named Samantha Kofer in the year 2008. She was let go when the Wall Street law firm she works for downsizes.
She is propositioned with a year long, unpaid position to work in Brady Virginia as a legal aid.
If she takes the job, there is a small possibility that she may get her her old position back when she’s done. So, she takes it. And she finds herself in a small coal town with a lot of drama.
Brady,Virginia is a place “where laws are often broken, rules are ignored, regulations are flouted, communities are divided, and the land itself is under attack from Big Coal. Violence is always just around the corner, and within weeks Samantha finds herself engulfed in litigation that turns deadly.”

After listening to these audiobooks, we’d love to know what you thought of them!
Please leave a review in the comment section below.