A Little About Wireless Signals

The first thing to understand is a little bit about the frequency (or wavelength) of the wireless signals we've all become so accustomed to over the last few years. All wireless devices communicate by emitting and receiving radio waves. Bluetooth, WiFi, cordless phones, even garage door openers and other gadgets all tend to operate on the same frequency. (Here's an interesting article about why.) That frequency is 2.4 GHz, and it's a pretty high, meaning the peaks of the waves are closer together.

Water interacts with electromagnetic waves (of which radio waves are a part), and the shorter the wavelength, the more water absorbs the waves. People have found some, frankly, pretty interesting ways to take advantage of this: microwaves, as their name implies, are extremely short. Water absorbs them so completely that microwaves are used to cook things in the common household appliance that goes by the same name.

Waves used in common wireless devices aren't that short, but they are pretty effectively stopped by water. As shown in one rather complex and visually dated lecture, 2.4 GHz signals are significantly degraded after just 1.4 cm. That means that with anything more than a finger's width between the transmitter and the receiver, your signal isn't going to get through clearly.

What this all means for swimmers is that the signal that comes so clearly from your router, or your phone, to your Bluetooth device? Isn't going to make it to you when you're in the water. It's just not; not without some ridiculously huge antenna sticking out of the water from your headphones. [sad trombone]

The good news is that Underwater Audio has been working to find a way around those limitations, and to bring into the pool some of the features swimmers already know and love from their time out of the water. 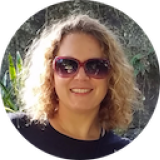