To Shave Or Not To Shave

As a right of passage in becoming a man you learn to shave. You start with a disposable razor (which any good father has removed the blade), you pile high the white smelly foam and lather your face up. You learn to glide the razor over the curves of your face. So what does this ritual have to do with swimming? Everything! 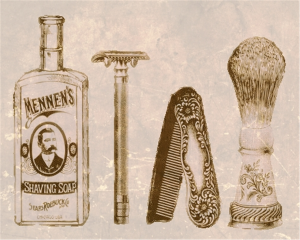 Don’t be a drag

A swimmers form is all about the path of least resistance. You train your hands to glide into the water instead of slap, You point your toes, You wear a swimmers cap. All of this is to cut down your resistance in the water. It’s hard to believe but researcher have proven that arm and leg hair does cause a minimal drag on your time.

So when did this revolution of whole body shaving come to pass?  The first time this question was ask was after the 1956 Olympics when Murray Rose and Jon Henricks showed up completely hairless.
Did this give them the edge they needed to both take home gold that year? It very well could have.

Why do humans have hair? Well to keep us warm of course. Why do fish have scales? To glide through the water at faster speeds. One may think that a few hairs on our arms and legs could actually slow us down in the water but it’s true.
A 1989 study found that it does, and the author concluded that it’s because shaving does indeed reduce drag. Another good point to be bring up is that when you shave you are also shaving off the top epidermal layer of dead skin. With fresh skin your sensation in the water is heightened. With this new found sensation swimmers perform at a higher level during a race. 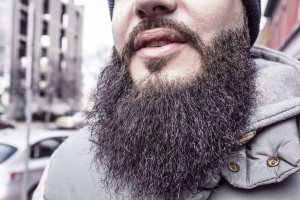 Can we just take a second and remember that amazing race in the 2008 Beijing Olympics Men’s 4×100 meter freestyle relay. Our American team won by less than a tenth of a second! Gold!
So when you factor that shaving alone can decrease your time by a hundredth of second or more it’s well worth it.  Now not all of us are performing at this Olympic pace I know but really as a swimmer don’t we all want to glide through the water with the greatest of ease.

So while shaving for swimming in the locker room maybe a drag, take your Underwater Audio waterproof shuffle to keep the company and once you are as smooth as a fish jump in and start shedding those hundredths of a second off your time.