Many athletes use our Underwater Audio waterproof iPod shuffle to increase their performance. It’s a great motivating training tool to keep workouts fun and engaging. One of the athletes who loves our iPod and experienced it’s benefit is Logan Storie, a professional swimmer training for the 2016 Rio Olympics.

Logan’s swimming career started when he was 4 and continued through high school where he eventually held the record in all individual swimming events.

He then moved on to the University of Florida. There, he has the second fastest time for the 800-meter freestyle. College competition wasn’t enough for Logan though. He went on to qualify for the Olympic trials in 2008 and again in 2012. Logan really started gaining attention last October when he branched out and competed in his first modern Pentathlon. He competed, and broke the American Modern Pentathlon record for the 200-meter freestyle. SwimmingWorld Magazine reports the record-breaking time as 1:55.30 and Logan said “it’s an amazing feeling” to know he had broken the American record. 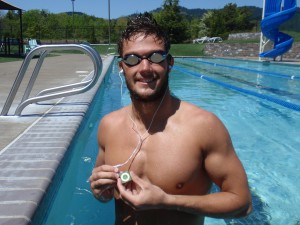 Logan doesn’t just have experience with success in swimming; he also knows what it’s like to loose motivation. After graduating from college, Logan spent several months away from the pool because he didn’t enjoy swimming at all any more. He reported to his hometown newspaper that during this time even “showering (was) depressing because [he’d] get (a) ‘water is bad’ kind of (feeling).”

Logan started training with his Underwater iPod about 6 months after his break, and another 6 months later he broke the American Modern Pentathlon record. He told us that using his Underwater Audio iPod “allowed [him] to break the American record in the swimming portion (of the Pentathlon)” as he transitioned from being a swimmer to a Pentathlete.

Logan’s story is just one example that shows how a waterproof music player can help improve an athlete’s motivation and performance. It has always been Underwater Audio’s goal to make a product designed with athletes’ specific needs in mind. We firmly believe we have achieved that goal and we look forward to watching Logan’s progress towards the 2016 Olympics. 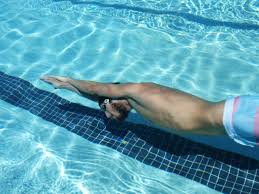