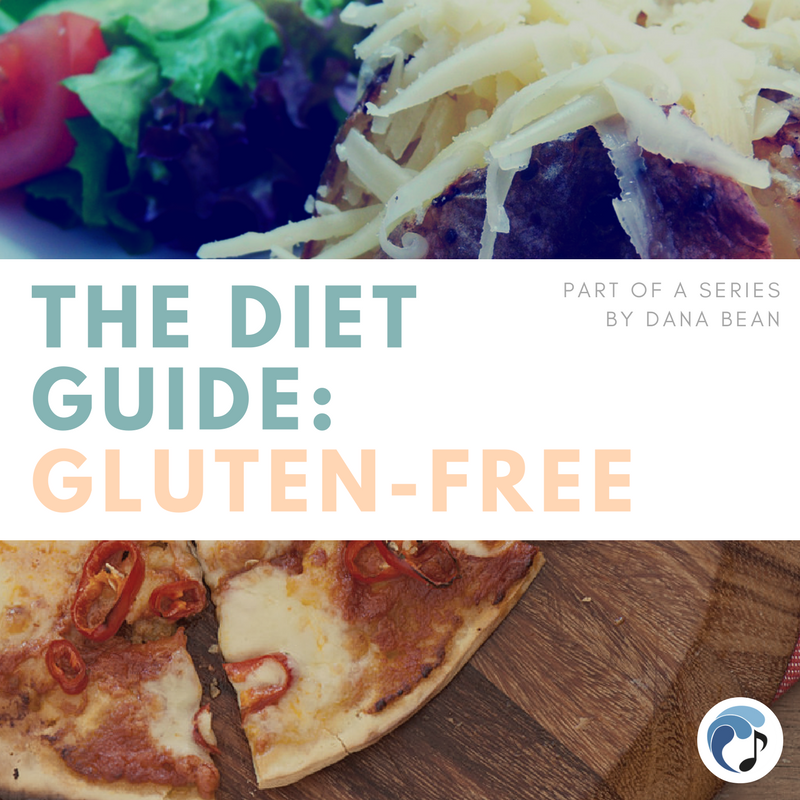 There’s no doubt that you’ve heard the words “gluten-free” floating around lately. Whether it was from your friend who is always trying the latest diet, your cousin newly diagnosed with celiac, or on that package of yummy-looking muffins at the grocery store that always seem to cost a little extra, it seems like it’s everywhere. There’s even a Gluten-Free Registered Nurse located right beneath the very office where I’m writing!
But what is a gluten-free diet? Is it healthy? What the heck even is gluten? We’ll break down the basics and give you all the info you need to be able to decide when following this diet is the healthy choice and when it’s better to keep gluten in your diet.

Gluten is more of a general term for the proteins found in some grains. It is what gives dough its elasticity and is kind of the glue (get it, like glue-ten) that holds everything together. The main grains that contain gluten are wheat, barley and rye. Though oats themselves don’t have gluten, it’s recommended to be careful around them too, because these are often grown, packaged and can come in contact with other gluten-containing grains.

So now that we know what gluten is, the diet is simple, right? Just stay away from wheat, rye and barley. There’s more to it than you may think, though. 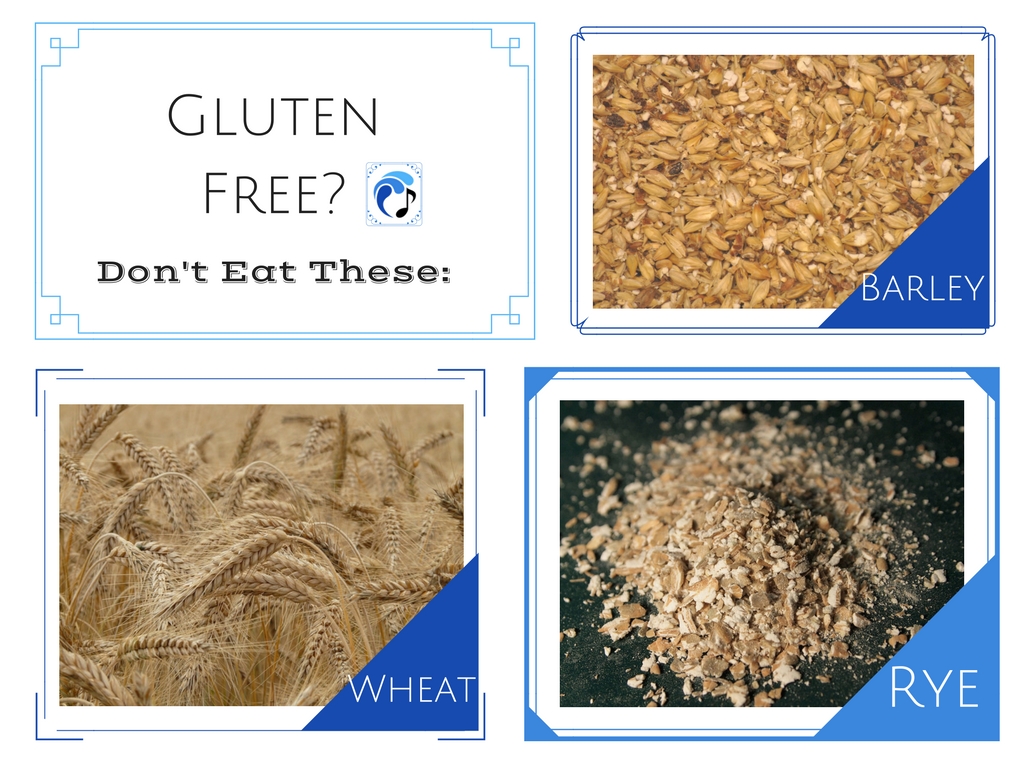 There are many foods with “hidden” gluten, meaning foods that you probably wouldn’t think have wheat barley or rye in them. Here are some examples of gluten-free dos and don’ts.

Celiac is a genetic autoimmune disease that affects about 1% of the population in the United States. When gluten is consumed, the small intestine is damaged, preventing nutrient absorption. This could lead to undernourishment because your body can’t use the nutrients it doesn’t absorb. If untreated, celiac disease could lead to other autoimmune diseases, thyroid disorder and a whole array of serious health problems.
The only cure for celiac disease is to follow a gluten free diet. As mentioned above, this will eliminate anything that has wheat, barley, rye and this includes a ton of processed foods that you wouldn’t think of like ones mentioned above. 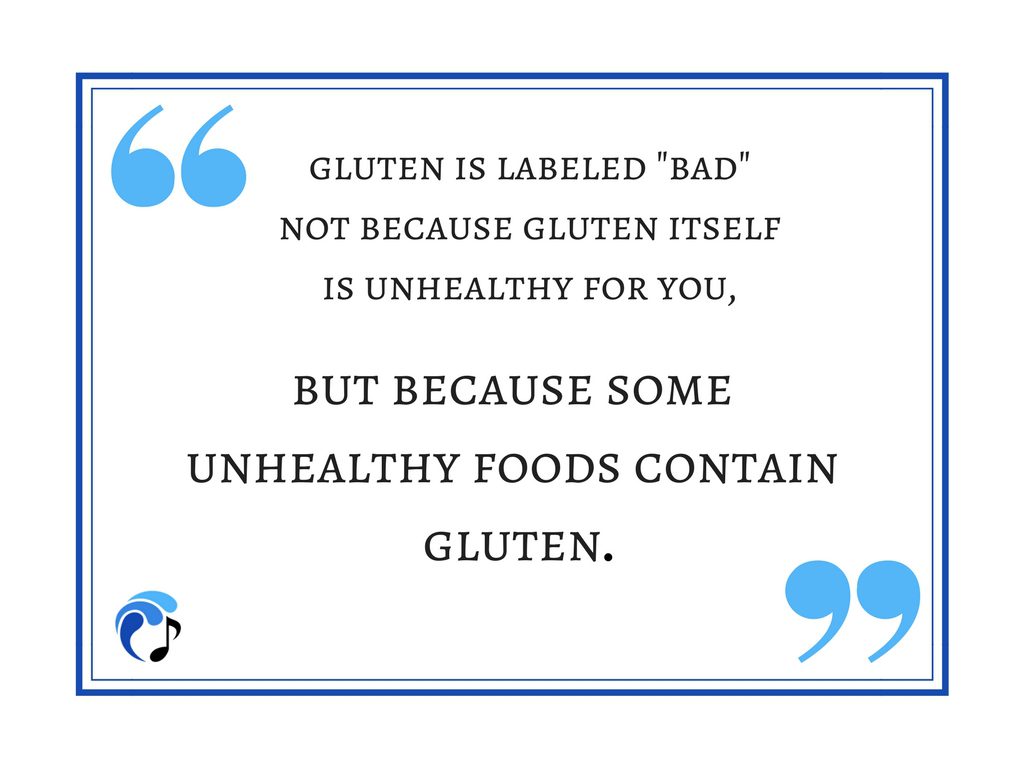 People with celiac disease and those who are gluten intolerant should definitely stay away from gluten (if that wasn’t clear above). As for the rest of us, though, gluten is not inherently unhealthy. It is in many whole and healthy grains that we would actually benefit from eating. Grains that contain gluten also have many nutrients in them like iron, fiber and B vitamins.
If you have read my other nutrition articles, you will know that I am a huge believer in lots of whole grains. They give you sustained energy, nutrients and they do a great job at keeping you full. By unnecessarily cutting out gluten, you would be missing out on some super healthy whole grains and all the nutrients it includes.

I think gluten is labeled “bad” not because gluten itself is unhealthy for you, but because some detrimental foods contain gluten.The problem may not be the gluten itself – it may be the foods that we happen to add gluten to. It’s true, there are plenty of foods that contain gluten that are not healthy for us, but that being said you can definitely eat a poor gluten-free diet of Snickers and strawberry Pop-tarts!
Many people without celiac disease or a wheat/gluten intolerance realize that there are many gluten-containing foods out there that we are better off without. They decide to cut gluten entirely from their diet to avoid these foods and reach their goals. I believe we can avoid these foods while still getting nutrients from the healthy sources of gluten.

If you are trying to find a diet plan that works or you and are considering a gluten-free diet, my advice would be to go straight to the source and cut out the problematic junk food instead. This way you’ll be cutting out the extra sugar and salt while being able to get nutrients like fiber from gluten-containing whole grains.
Of course, if you have celiac disease or have a wheat or gluten intolerance, staying away from gluten would be best for you! You may have to start getting creative and find new recipes that work for you, but you can definitely get the nutrients you need if you are careful and do your research.