I’m willing to bet most of you have heard the saying “Don’t go swimming for at least an hour after you eat that or you’ll get a cramp and die!” Mothers the world over tell their children this for fear they’ll drown after eating a popsicle. Heck, the 1908 edition of Scouting for Boys apparently warns against it! 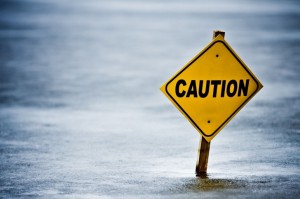 So why does everyone think this?
The widest spread theory is that the blood which flows to the stomach during digestion would leave the swimmer’s arms and legs blood-deficient. This would cause the swimmer to develop cramps, which would then render him or her immobile, ending in death by drowning.
More recent medical investigation tends to agree this old wives’ tale holds no truth. While additional blood does flow to the stomach and intestines during digestion, it is not enough to impair the use of arms and legs. Additionally, many swimmers develop cramps even without eating before hand, and they don’t die from them. Cramps, while painful, do not pose a direct threat to swimmers as long as they remain calm. Most of the time the cramp can be worked out in the water, and if not, the swimmer can still float.
Now, even knowing this, we still recommend caution regarding consuming food before swimming. If you just ate a stomach-popping meal, vigorous swimming is not advisable. Energetic exercise of any kind will pull the digestive blood out of the stomach and back into the arms and legs, a sensation which can leave people feeling nauseated.
Nevertheless, a light snack before swimming won’t kill you—literally. In our post The Lazy Swimmer’s Guide to Increased Endurance, we mention that the right food can even have beneficial effects if eaten before working out. These generally consist of simple carbohydrates (crackers) that break down quickly right before a swim or more complex foods about 30 minutes before (whole grain bread, fruits). The food then helps to fuel the workout and to burn calories more efficiently. 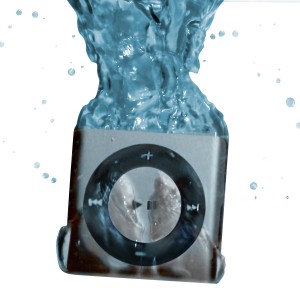 So now that you know this…
And jump in the pool!Grab your favorite snack and your waterproof iPod.

Do you know any other swimming myths?
Do you eat anything before swimming?